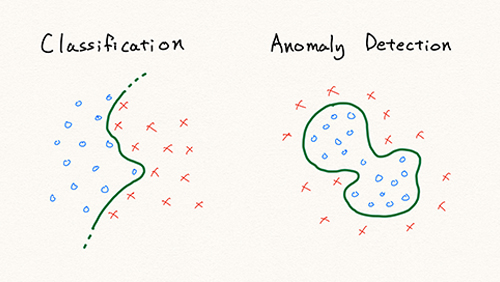 The image below depicts classification, in which there is a boundary separating normal and abnormal data, and anomaly detection, in which anomalous data refers to data distributed outside of the normal data range. 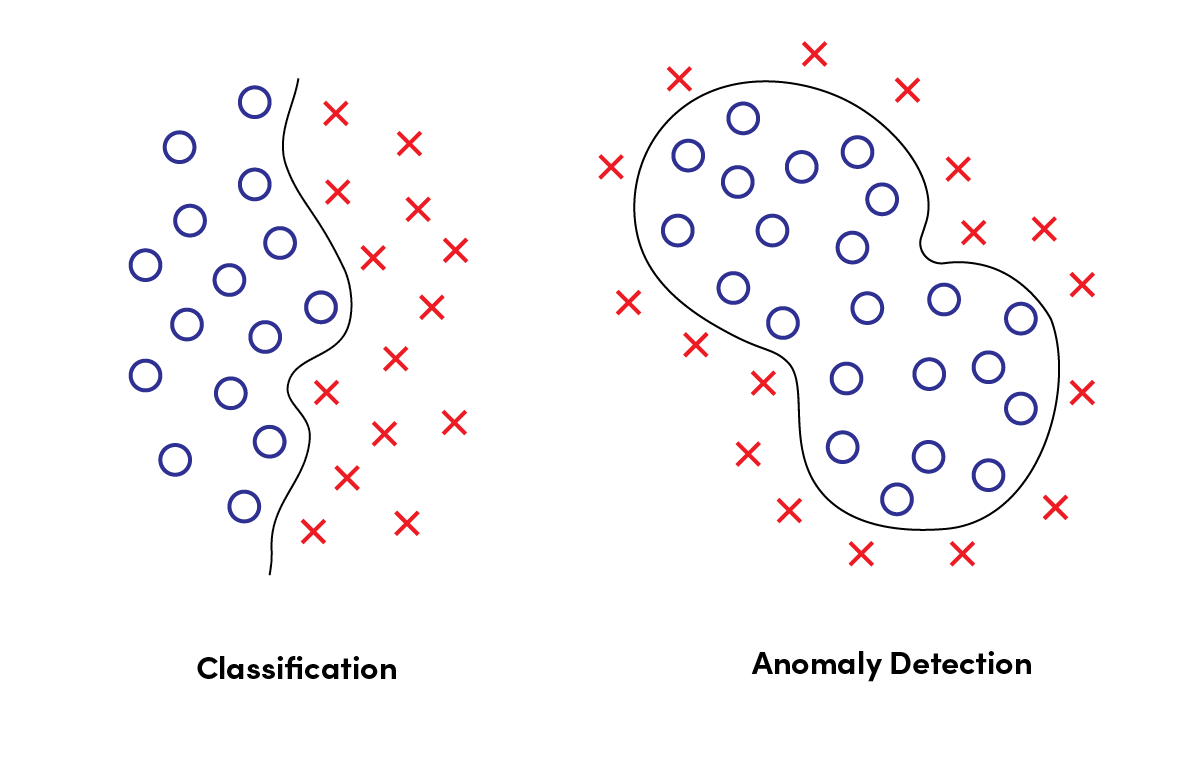 However, in the highly dynamic conditions of the real world, anomalies are not merely binary. Anomalous activity typically occurs sporadically, in abnormal patterns. Even if we were to define an anomalous class by training the model with anomalous patterns, we would still not be able to narrow down and learn all of the patterns of the anomalous data.

Another common method of anomaly detection is Principal Component Analysis or PCA. A “special” form of autoencoder, PCA maps material from high-dimensional spaces to low-dimensional spaces with Singular Value Decomposition (SVD), as depicted below. 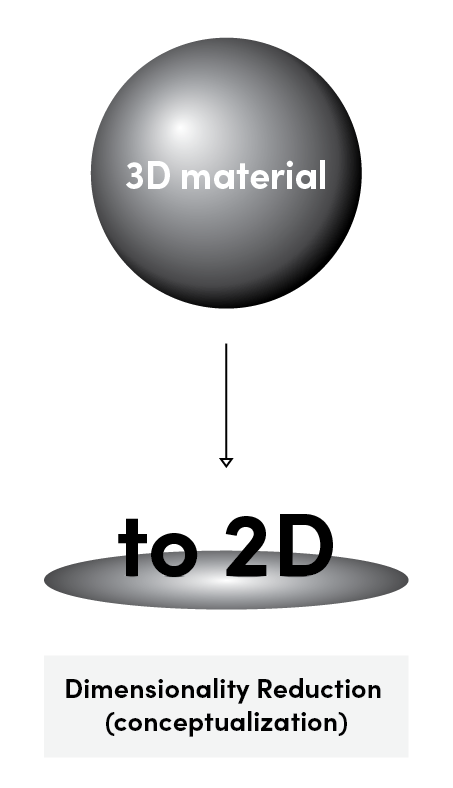 Semi-supervised learning algorithms are trained from a mixed batch of labeled and unlabeled instances.

An effective method of improving accuracy, semi-supervised learning, is widely implemented to detect and classify anomalies. They can be classified into two different cases: unimodal and multimodal normality cases.

Unimodal normality cases, or one-class classification, refer to situations in which normality is represented by a single set of normal features. This is exemplified by the image below, in which we have a set of “normal” MNIST samples on the left and anomalous samples on the right. 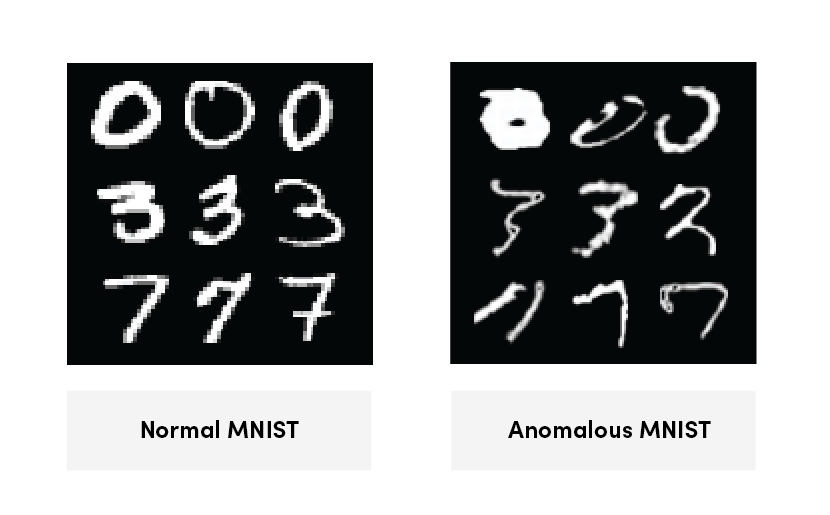 With countless factors to consider, creating a model for the real world is a challenge, and normality in the real world cannot be defined by a single set of patterns. Given the dynamic conditions, real world problems are generally defined as multimodal normality cases.

We will take a car engine, for instance. If we were to perform anomaly detection on a car engine, the engine could be defined into four different states: intake, compression, explosion, and exhaust. As each state differs from one another, a more complex method is required to train and evaluate a model for this problem.

We can better explain the model training and evaluation process for said scenarios with MNIST. For instance, model training can be performed with nine classes. Once the training is complete, the remaining “1” class, or the anomaly, can be used to evaluate if the model accurately classified the cases.

Due to the complex nature of this method, training is difficult to conduct, and anomaly detection models have been known to show lower performance.

An autoencoder extracts features with dimensionality reduction--just not linearly. What an autoencoder does is to extract features by compressing and decompressing data. Let’s take an MP3 recording, for instance. When you listen to an MP3 recording, you’re actually listening to data compressed after discarding data in the frequency range not perceptible to the human ear.

In doing so, autoencoders teach themselves how to extract features through the process of encoding and decoding. However, due to the MSE loss function in which the autoencoder predicts the average value for uncertain areas, results are often unclear. 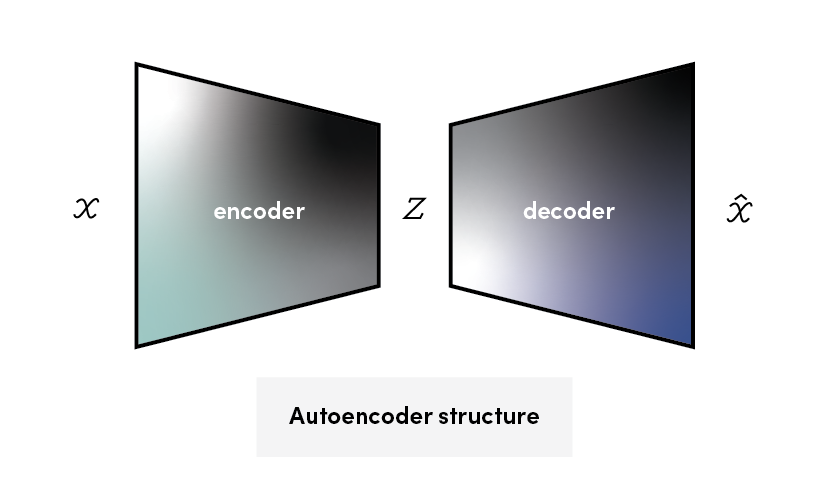 To conduct anomaly testing, a module for dimensionality reduction is necessary. While existing GAN-based anomaly detection methods suggest various methods to solve this issue, the balanced learning of the generator and the discriminator and the shortcomings of MSE act as a significant obstacle.